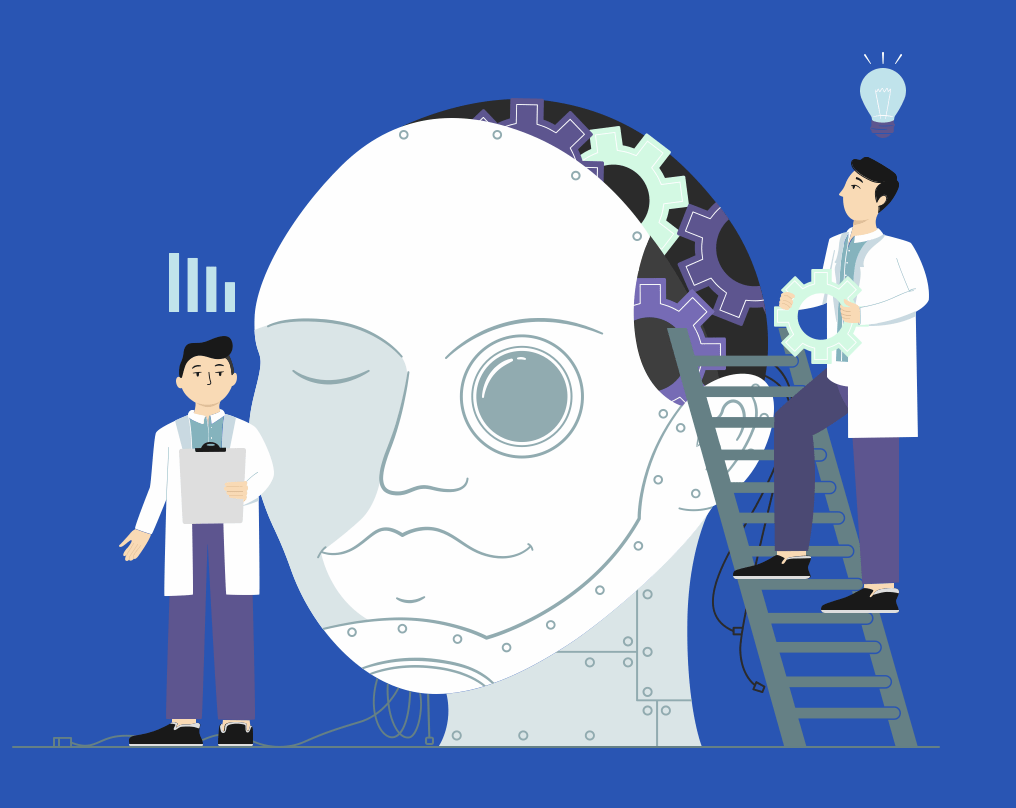 Know the top 7 AI technologies and their practical business applications and how you can use them to automate different your business.

The number of areas using AI is continually increasing. From a commercial perspective, seven AI technologies stand out. They will now be introduced to you. Knowing how they work is a stepping stone for you in your journey to understand how to create value from AI in your business.

This technology allows you to recognize objects in images—typical faces or numbers. Image recognition is most common in cases where you use AI to make products or services better or develop new services.

Later in the book, you will be presented with a case where Stanford uses image recognition to screen for cancer. Their AI can more effectively identify cancer cases, among other things, because the image recognition part of their solution can see visual patterns in cells that, in a context with other indicators, can help diagnose cancer at an early stage. Text mining means linguistic analysis of text . I admit that at first, it may not seem that interesting, but this technology is a core element in much of the value that you can create with AI.

Text mining is a cornerstone in the set-up that will help you communicate with your customer in radical new ways because you will use the technology to understand the meaning of text.

Look at it this way: Whenever someone is communicating a message to a person, the message consists of the actual words that are spoken (or written), and some kind of meaning.

So, if you need a system to be able to interact with humans, then you would need to make this system decode the actual meaning of a text in the same way that a human would.

This is what you use text mining to do for you. So, it is used as an “infrastructure” component in set-ups where humans interact with a knowledge system so that the system can detect the meaning of text.

At my company, Cognifirm, we work a lot with text mining to help make our clients’ websites perform better. We use the technology to read the content of our client’s websites. Based on this, our system can make recommendations content to change on a site if you want users to take specific actions (e.g., buy a product).

Thus, text mining should be seen as a kind of central AI infrastructure component that can help decode the spoken language and text. It then allows other AI algorithms to work with the content and provides qualified feedback on the intentions of the meaning of the texts being analyzed.

This technology is a key element of Chatbots, and as you saw in our example from Cognifirm, it can also be used in products and services. Natural Language Processing, also called NLP, is a branch of artificial intelligence that relates to human and computer interaction, through the use of natural language. The goal of NLP is to read, decipher and decode the meaning of the human language in a way that makes sense.

So, compared to text mining, where the goal was to decipher the meaning of the text, we are now focusing on what the intentions are. This is, of course, a much more complicated task.

NLP is a difficult technical discipline because the human language is challenging to decode the meaning of a digital context. There are so many nuances in the language. Just as language contains many levels of abstraction, can be sarcastic, implicit, etc. All such matters can make the decoding of the actual meanings and intent difficult.

You will never have to develop an NLP algorithm for your business yourself. There are specialist companies that provide the service as a service that can integrate with your other AI applications. It will always make sense to use such a service as the development costs of making one yourself will be too high.

In commercial contexts, NLP will most often act as an infrastructure component. For example, in connection with Chatbot, as previously described. The range of perspectives with this technology is enormous, and many Use Case scenarios will emerge because what you have here is a technology that is capable of creating meaningful content.

Natural Language Generations enables you to create understandable content based on various sources of data. This makes the technology suitable as a core component in advanced digital agents. An example explains why.

Let’s say that a patient has been diagnosed with a specific disease. As part of the treatment process, different roles need a different kind of patient information to perform their jobs.

So instead of giving all roles the same information, then you can use NLP to design the output that fits each individual need.

A specialist (doctor) will be able to get an answer that explains, at a high technical level, the content of the patient’s journal. A nurse will need a different type of information from the same journal to do their job. And the patient themselves may be able to be notified of the results in a way that is understandable (and ethically justifiable) to them.

This technology has the potential to change how you can run your business on many levels, and I will get back to how to utilize this in more detail in the book’s operations and strategy parts. Recommendation engines are a technology that we all encounter several times in the course of a typical day. You meet the technology on e-shop where it drives the feature that gives customer suggestions on a similar product to buy. The technology is also used on Netflix to suggest which next movie to watch, or which songs on Spotify that are most similar to the ones we have on our playlist or to find similar books on Amazon.

Thus, it is primarily a commercial technology that relates to products and services.

It is primarily among the seven on the list because of its high degree of use. It serves a very specific purpose, namely, to find the products or services that match a given user’s behavior. Predictive analytics is primarily a marketing tool that allows you to define audiences with a given behavior very accurately. Thus, the analysis can form the basis for highly targeted campaign activity.

You already know it from the example at the beginning of this section of the book where it was used to select the best marketing efforts. Prescriptive analytics moves the bar from predictive analytics one level up. Now, you not only see what effect is best but also the expected reactions among those you want to target. If you have studied economics, you might recognize this as the same dynamics found in Game Theory.

In the AI world, it is a great tool, especially in medical research. Here, you can use prescriptive analytics as a way to screen the effects of medical trials before they are carried out as lab tests.

So, you would simulate the experiment before starting the expensive laboratory tests. It is especially smart in this field where only 1 in perhaps 1000 medical products reach the approval stage.

The more trials that can be simulated, the higher the accuracy there will be in the end because you would have learned that some tests will fail before you start them in the real world. This means that you can spend your valuable lab time on research that has a much higher likelihood of succeeding.

This technology removes some of this risk from medical research, and can potentially speed up the product development time.

It is the seven technologies that collectively perform the elements that define Artificial Intelligence. These are your Lego blocks on which you can build your company’s digital intelligence.